VOTED TOP 10 PLACES TO HAVE A BEER BY DRAFT MAGAZINE

The following list is our line of exquisite “Real Texas” beers – handcrafted in the legendary tradition of the World Famous Big Texan Ranch in Amarillo Texas. We describe them as well as possible with most descriptions coming from guests such as you. Some we put the way we see and taste it. The best way is to try them and learn to appreciate the different kinds that are brewed and develop your favorite. Get a sample of 4, 8, or even all of our beers and see for yourself the difference.

Cowboys and cowgirls alike will enjoy this light and refreshing brew! Bready Malts with caramel undertones are enhanced by Crystal hops.

This is a refreshing wheat beer that has a hint of raspberry. A real summertime favorite.

On the pour expect a lightly hazy golden color on this American style blonde lager. Amarillo hops give this honey malted beer an excellent expression of hops flavor without reaching the bitterness of an IPA.

Light copper color. It’s all here. The hop flavors are complex citric, piney, herbal, floral and integrates well with the carmel malt and residual sweetness that provides the backbone for this extensively dry hopped brew.

Double IPA (IIPA) strong Imperial. Simcoe Triple dry hopped with a malty backbone. This one has it all for us hop-heads.

As big as the State of Texas, this stout is brewed with roasted barley and oatmeal for a rich creamy texture then aged in oak with bourbon to impart a woody/bourbon flavor. This is a true sipping beer.

What’s New In the Brew? 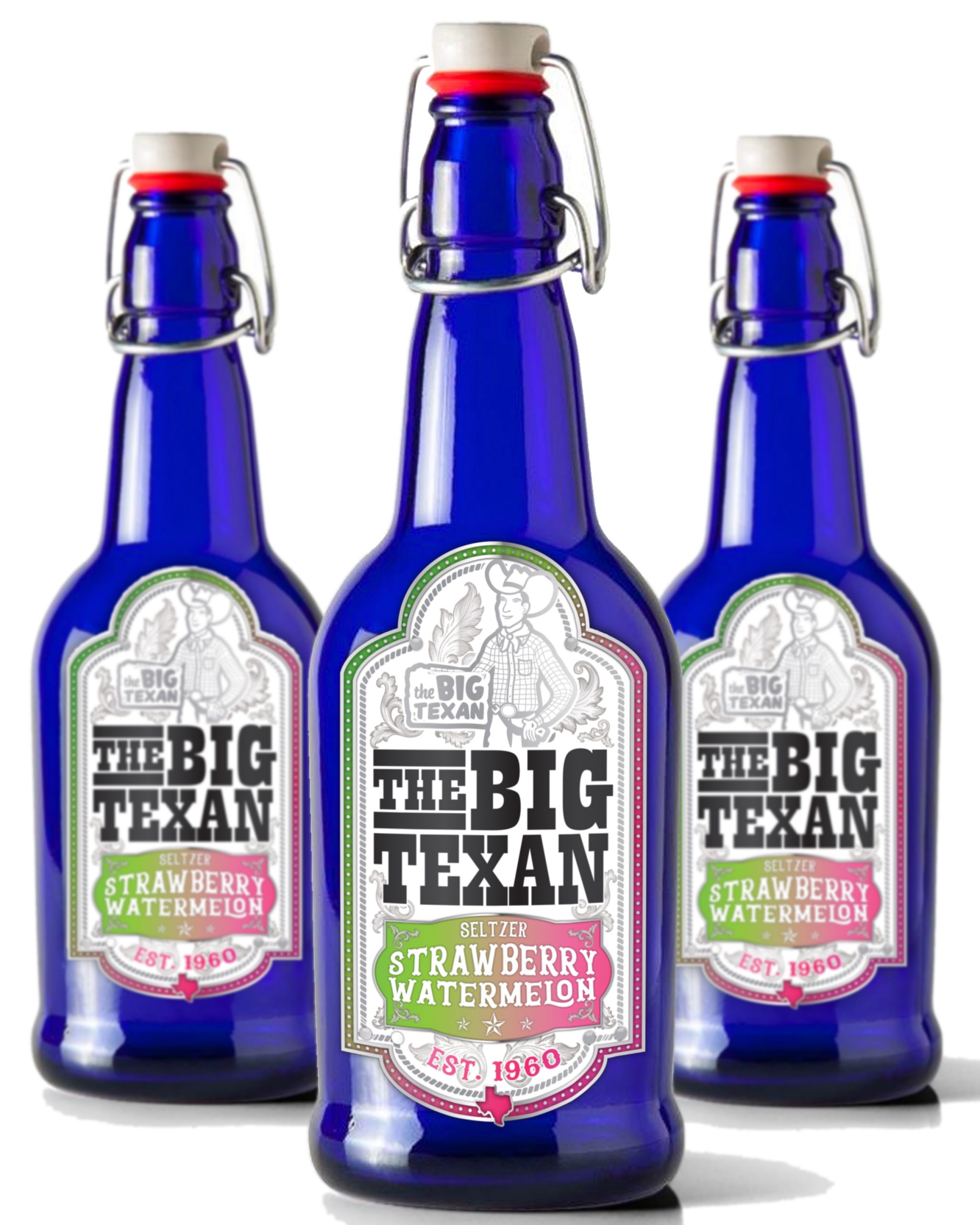 The Big Texan Brewery starting serving hand craft beers June 24, 2011 in Amarillo Texas after a lengthy process of paperwork with the “Feds” or TTB (Alcohol and Tobacco Tax and Trade Bureau) and the TABC (Texas Alcoholic Beverage Commission). The amount of work that was needed to put a dream into reality started decades ago and many miles apart between Tom Money (Brewmaster) and the Lee Brother’s (Bobby & Danny) who are second generation owners of the Big Texan Steak Ranch.

Starting back in 1988, Danny was teaming up with buddies on the weekends brewing beer in backyards and cracking open many new tastes that were unavailable to the general public. Meanwhile Bobby, the prodigy mastermind behind the Big Texan’s promotional engine had been encouraging his brother to continue the tradition of brewing only this time for the Big Texan’s patrons, and not just as a hobby either. Theses conversations went on for years and years, UNTIL January of 2011 when a friend of the family told the Lee Boy’s that his brother Tom, who also brewed beer at home for a hobby, wanted to be a Brewmaster for their world famous steak house. Tom was looking for an introduction and a foot in the door.

After the handshakes, formalities, some heavy sampling, the concept of the Big Texan Brewery was well under way to becoming a reality. Along came the long process of applications & forms, trial & error, recipes, remodeling, purchasing, construction, moving this to there, testing and testing and more testing. Tom had his favorites and Danny had his, and then there were the ones that breweries “were suppose to offer” such as the Ambers, Reds, Bocks, and IPA’s.

Finally, after what seemed like forever, the notice from the Fed’s that a license to brew and sell beer was approved and now issued! Thanks to our former President Jimmy Carter for paving the road for handcraft beer making. After 24-years, our hobbies were now memories and the real work was about to begin.